I am a truth-seeker in a world of misinformation and marketing hyperbola. I look for credible sources who base their statements and conclusions on solid, time tested, research and untainted facts – without undue influence or conflicts of interest. I have a 3rd Degree Black Belt in Isshinryu Karate and have maintained an interest in the physical, philosophical and ethical teachings of the ancient arts. 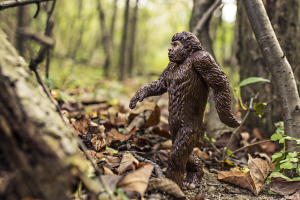 The Paleo Diet has been a hot topic that carries a simple and fascinating premise: the best thing for us to eat is what our ancient ancestors ate as they evolved to become the human beings we are today. Dr. Christina Warinner is an expert on ancient diets. She obtained her Ph.D. from Harvard University in 2010, specializing in ancient DNA analysis and paleodietary reconstruction. She knows a lot about what our ancient human ancestors ate. So how much of the diet fad the “Paleo Diet” is based on an actual Paleolithic diet? Her research indicates the answer is: not much.
Dr. Warinner has excavated around the world, from the Maya jungles of Belize to the Himalayan mountains of Nepal, and she is pioneering the biomolecular investigation of archaeological dental calculus (tartar) to study long-term trends in human health and diet. She is a 2012 TED Fellow, and her work has been featured in Wired UK, the Observer, CNN.com, Der Freitag, and Sveriges TV. She obtained her Ph.D. from Harvard University in 2010, specializing in ancient DNA analysis and paleodietary reconstruction.
The currently popular Paleo Diet has it’s roots in the 1970’s as the Stone Age Diet. Since then several variants have been spawned including the Primal Blueprint, the New Evolution Diet and NeanderThin. Marketing is targeted mainly at men, with cave-man images and calls for living a “primal” lifestyle.
The ideas behind the diet can be broken down into 4 parts:
1. Our modern day agricultural diets make us chronically ill and are out of sync with our biology
2. We need to abandon our modern agricultural diets and eat more like our ancestors did 10,000 years ago during the paleolithic period
3. We know what these diets were like, and they were mainly meat based supplemented by fruits and vegetables but definitely did not contain grains, legumes or dairy
4. If we emulate this ancient diet that it will improve our health and help us live longer.
The problem is that according to Dr. Warinner, this Madison Avenue version of the ancient Paleo diet that is promoted on T.V. and in the press, in self-help books and websites, has no basis in archaeological reality. The evidence points to a completely different set of facts. She contends that while some Paleolithic ancestors in certain climates may have eaten significant quantities of meat due to climate or lack of biodiversity, for the most part we are functionally designed to eat mostly plants. Additionally, the historic record proves that many of the common foods available to us in our modern diet are to a large extent quite different, and some didn’t even exist, compared to what would have been available to our Paleolithic ancestors due to modern farming and agricultural processes. Dr. Warriner covers this intriguing subject in a great TEDx Talk. The conclusion of which she boils down to three unsurprising yet key lessons that we should learn from the real Paleo diet:
1. There is no one correct diet. Dietary diversity is key. Including mostly plants and some meat.
2. We need to eat fresh seasonal food vs. processed foods whenever possible.
3. We need to eat whole foods when possible, including grains and legumes.